Over 75 Years of Arts & Culture

In 1939, a group of 26 women came together to form the Old York Road Art Guild. Not content with simply being homemakers, these women wanted to share the arts with everyone by presenting monthly talks, exhibitions, and art classes. They were adamant that they were “not a Woman’s Club-our aim is to further the interest in art;” as this group of volunteers grew, they began to widen the breadth of their activities including offering trips to museums and artist studios, citywide art contests, art books for local libraries, and a scholarship fund for art students.

By the 1960s, the Guild was ready to make the next leap into becoming a non-profit organization, changing their name and advocating for the Township to accept Edith and Lessing Rosenwald’s generous gift of Alverthorpe Manor, where the Art Center has resided since 1970. Since then, Abington Art Center has renovated the manor and grounds to transform the Manor from a private residence into a public place, including the addition of an event pavilion, an outdoor stage, and paved paths through the woods behind the manor through the Sculpture Park.

The relationship between Abington Art Center and its home, Alverthorpe Manor, profoundly influences the Art Center’s mission and vision. In the early 1800s, Joshua Francis Fisher, son of a Quaker merchant, purchased several small farms to create his country estate, which he named Alverthorpe for his ancestral English home. His large, Italianite villa was razed when the property was bought by Lessing Rosenwald, but a few of the attributes of the Fisher landscape remain, particularly the stone folly, bridge, and large, stone wall along Meetinghouse Road. A small Quaker meetinghouse built in 1836 also remains on the property next to the Jenkintown Road entrance of the estate.

The current Manor, designed by Ernest A. Grunsfeld, is an art-deco-inspired, 52-room mansion built in 1939 for Lessing J. Rosenwald, son of Julius Rosenwald, the part-owner and leader of Sears, Roebuck and Company. The Art Center’s Studio School wing of this unique building once housed Rosenwald’s enormous collection of rare books and prints, which now reside in Washington, D.C. as the Rosenwald Collection.

Lessing Rosenwald believed in sharing what he acquired and was often quoted as having said, “A work of art that is never seen is little better off than a work of art that has never been created.” While housed at Alverthorpe Manor, Mr. Rosenwald gave unprecedented access to his collection, and he was known for being generous with his time, personally guiding visiting scholars and several generations of art students through the collection.

In 1943, Mr. Rosenwald announced he was collecting for the nation, pledging his collection to the Library of Congress and National Gallery of Art, both of which at the time had few significant historical holdings of the quality represented in his collection. The Rosenwald Collection remains one of the world’s platinum collections, exceptional in its breadth and depth, but also in its quality and condition. It includes over 2,600 rare books, 22,000 fine art prints and drawings, and a supporting references library of over 5,000 volumes. The collection contains woodcuts from the 15th century, early 16th century books, and works by Albrecht Dürer, Rembrandt, William Blake, Honoré Daumier, Paul Gauguin, and Pablo Picasso. 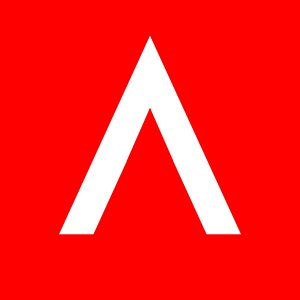 Get our eNewsletter & More