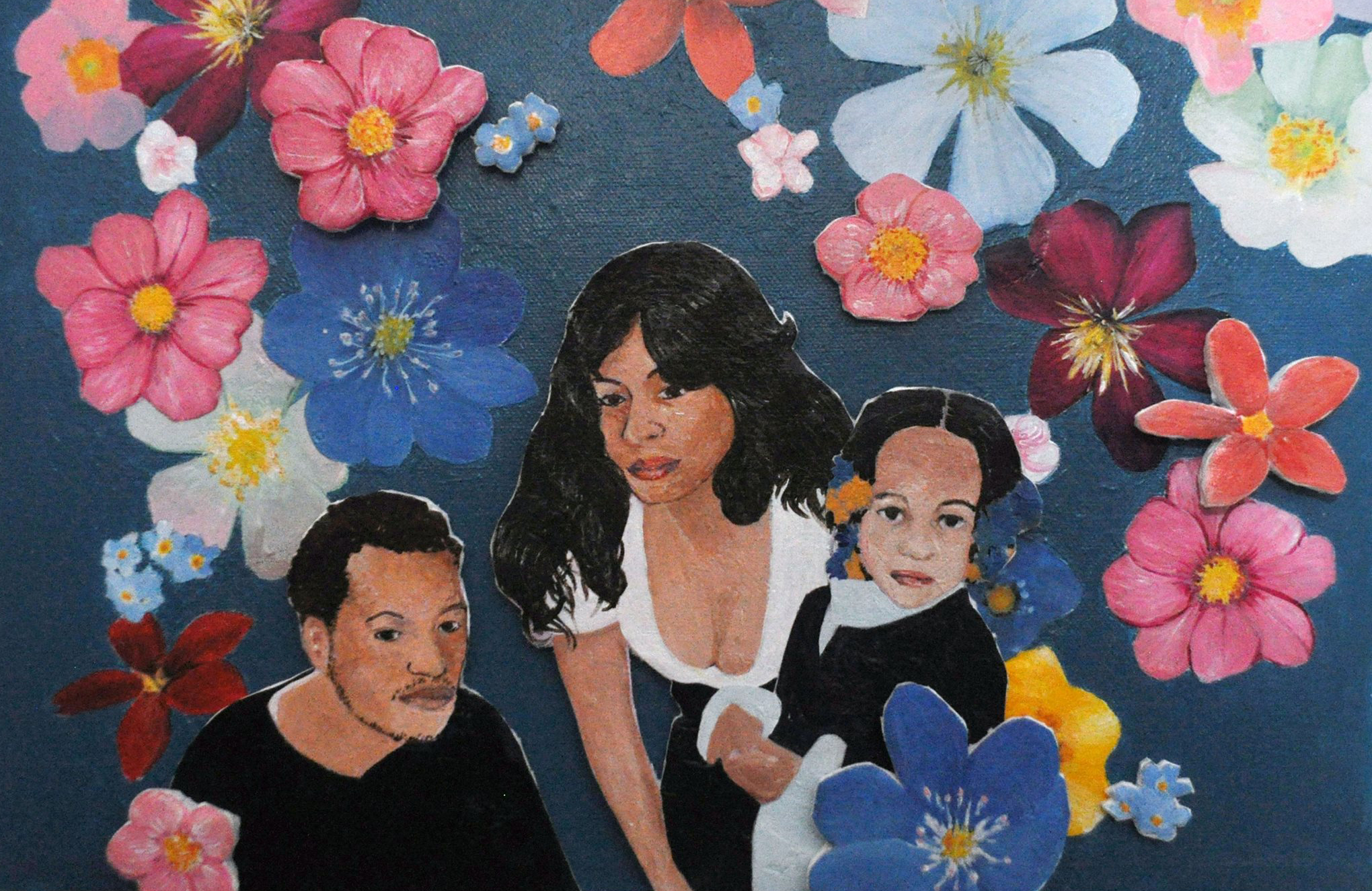 Our Coffee Break series pairs coffee and bagels with an artist talk. Learn more about the exhibiting artists’ process and technique through a talk and Q&A in our gallery with the artists themselves.

Souls Shot: Portraits of Victims of Gun Violence is a memorial and tribute to the victims of gun violence. Each portrait in this traveling exhibition is the result of collaboration between a fine artist and the family or friend of a victim. The result is a loving celebration of the many souls lost or tragically altered by gun violence. Our goal is to bring attention to the harrowing cost to our communities. It is a poignant plea for an end to this epidemic.  The exhibition has traveled extensively in the area and has been at the State Capitol twice.

Laura Madeleine is the director of the project and one of the artists. The project began in 2016 and was supposed to be a month long exhibition. Thanks to a ground swell of support  it is now in its third edition. The fourth is also being planned as well as expansion of the project to other cities and communities. She was initially inspired by the portraits of the artist Daniel Heyman and his dedication to bringing attention to similar issues of social inequities. She works in batik technique on silk or wool and has shown many times, and taught, at the art center. The portraits of Nicholas Santiago and Zakiyy Alford are in the current exhibition.

Diamond Santiago is a teenager who survived, barely, a random, drive by shooting. She has endured much physical and emotional trauma over the years since the shooting and speaks eloquently about her experiences. She is an amazing, strong, young woman who bravely uses her situation to bring awareness to the cause of ending the epidemic of gun violence.

Lauren Vargas  created the portrait of Diamond, her friend, for the exhibition. She is a Philadelphia-based painter whose work focuses on the stories communicated through portraiture and urban landscapes. Working as both a painter and educator, Lauren lives in the North Philadelphia community of Hunting Park. She cares about justice and equality, especially for making space for voices that are not heard and representing her community in a positive light.  She is interested in making art available, of interest to, and a means for gaining power for marginalized people.  She graduated from the University of Pennsylvania with a BA in Fine Arts in 2005.  Lauren has received two Leeway Foundation Art and Change Grants for artistic projects that impact social change in 2015 and 2016. She has recently shown work at the Philadelphia Sketch Club, Orange Korner Arts, the Hospital of the University of Pennsylvania, CFEVA, and the 3rd Street Gallery. This is her second year participating in the Souls Shot project.

Oscar Vance has been painting for 20+ years. He has a BA in Studio Arts and Black Studies from The University of Pittsburgh (1990) and a Masters of Art Education from Temple University (1997). He has worked previously as a composite sketch artist and have exhibited in several galleries. His main concentration is oil painting. His portrait of Aslemarie Torres Camacho is in the current exhibition.

This discussion is presented in connection with Souls Shot: Portraits of Victims of Gun Violence, on view from September 17 – November 9.

Our Coffee Breaks are sponsored in part by the Jenkinstown Lyceum